Try Kajabi About Me Store Blog CONTACT ME Login 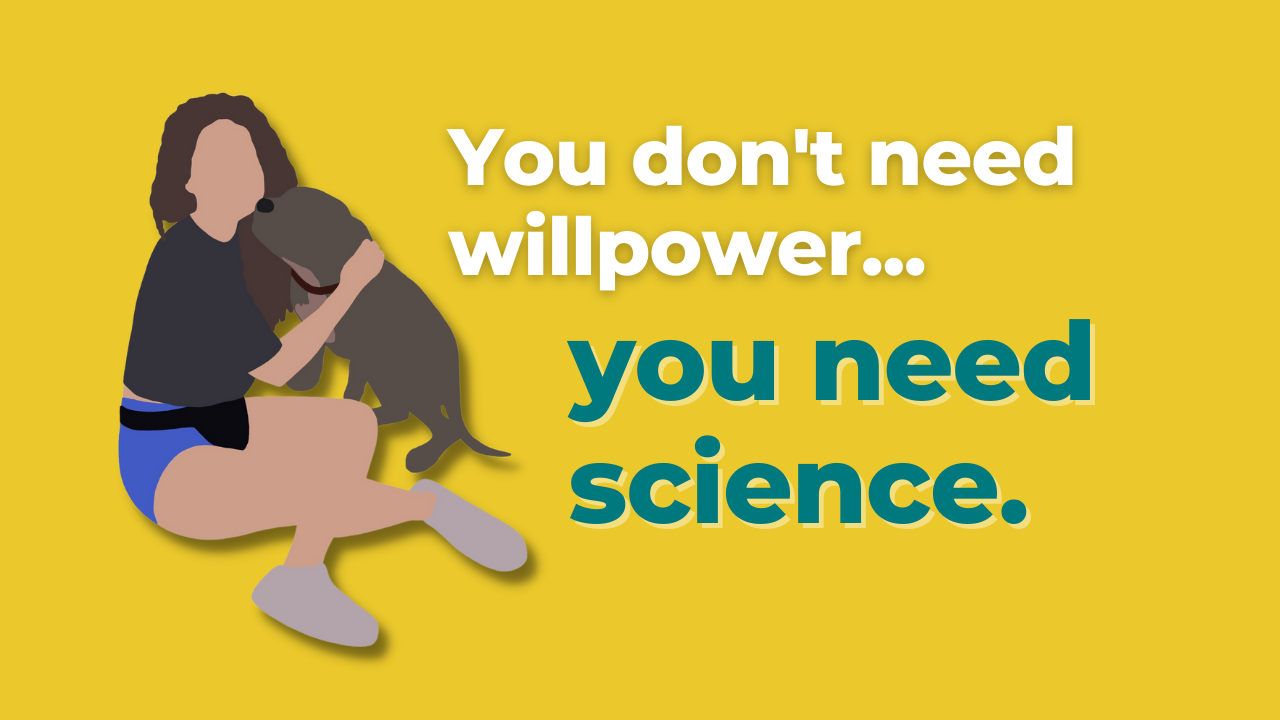 Honestly, if behavior change was simply a matter of willpower - if all we had to do was "try harder" to reach our goals - the world would look a WHOLE lot different. Don't you think?

This is not to say that hard work isn't required. I'm not one of those people who is going to tell you that everything in your life should feel easy and that if it doesn't, you're doing it wrong. Sometimes we have to do hard things.

This post is about making lasting behavioral change. Because it's our every day behaviors that add up and determine whether or not we get to where we want to go.

And I really don't believe that reaching your goals is simply a matter of wanting something bad enough. Sure, you gotta want it, but there's more to it than that.

It's about creating situations that lead to certain behaviors, and those behaviors resulting in some kind of positive outcome so that you are more likely to repeat that behavior again.

Let me back up and share a story with you...

I adopted my dog, Blueberry, in April 2020 (yes, she was a Covid pup) and knew absolutely nothing about training dogs.

When I took her on a walk and she saw another dog and started barking and lunging towards it, I thought, well, this isn't cool.

As frustrated as I was (the barking was a regular occurrence whenever we saw a dog on our walks), the student inside of me got curious. I wanted to understand the why.

Why did she bark on other dogs when she was on leash, but not when she was free to approach them? Was she scared? Frustrated? What was causing this behavior? What was going through her head?

So naturally, I sought answers, and months later found myself deeeeep into the world of positive reinforcement dog training.

In the process, I learned about Applied Behavior Analysis, which uses the psychological principles of learning theory to teach new behavior and/or change current behavior.

If I wanted to get rid of the barking, I needed to either change the antecedent OR change the consequence.

In my opinion, changing the consequence in this situation would have been unethical. Instead of letting her express her feelings by barking, I would have had to punish her for doing something that is only natural.

Not only would this not help her learn the behavior that I'd prefer to see instead, it also had the potential to create fear and uncertainty. Not something I was willing to do.

So, the next option was to change the antecedent, or the environment that was causing the behavior. Clearly I couldn't just take her off leash and let her run up to every dog she saw, so instead, when we saw another dog, I would put enough distance between us so that she could see it without feeling the need to bark. I would then ask her for a new behavior (like looking at me) and as soon as she complied, I would give her one of her favorite treats.

By consistently reinforcing this new behavior, I was able to teach her that the best thing to do when she saw another dog was to look at me because that meant it was treat time. And thus, a new habit was formed.

(Disclaimer - there are definitely layers to this and not all dogs are the same. If you're experiencing behavioral issues with you dog, I recommend seeking out a certified trainer!)

You're probably wondering if you missed the memo and this is actually a blog about dog training - it's not! If you're still with me, thank you. I promise, I'm getting to the point.

In the example above, it's pretty obvious that I couldn't just say, "try harder Blueberry. You just have to will yourself not the bark."

I needed to change the circumstances that were causing her to bark, and positively reinforce the new behavior that I wanted to see.

Here's the thing - Applied Behavior Analysis is not exclusive to dogs.

It applies to cats, horses, dolphins, and...humans! Science has shown that ALL of us can benefit from it.

This is great news!

This means that if we want to change our behavior, we just need to create the right circumstances and then positively reinforce ourselves when we do the thing!

Let's look at some examples of ABA in action in my own life:

I have set an alarm each morning for 530am (antecedent), which wakes me up (behavior). When I get up, I sit in bed with Blueberry, a book, and a delicious cup of coffee (consequence). This is a pleasant experience for me, which makes me get out of bed when I hear my alarm instead of hitting snooze.

Many of my clients want to be more consistent posting on social media. I help them set up antecedents (keeping lists of ideas, blocking off time, etc.) that make it easier for them to post. The trickier part here is the consequence. Because the Algorithm is not something they can control, sometimes their posts get lots of views and engagements, and sometimes they do not. This inconsistent reinforcement is not conducive to habit building. In fact, feeling like "no one cares" is a major reason for lack of consistency in posting.

So, we have to think of ways to make content creation more rewarding. This is going to look different to everyone, as what's reinforcing to one person may not be reinforcing to another.

See where I'm going with this?

This post was just a really long winded way of saying there is nothing wrong with you if you want make a change but can't seem to get yourself to do it. You're not lazy. You're not less capable than anyone else.

You just gotta define your ABCs.

Stay up to date with new blog posts! 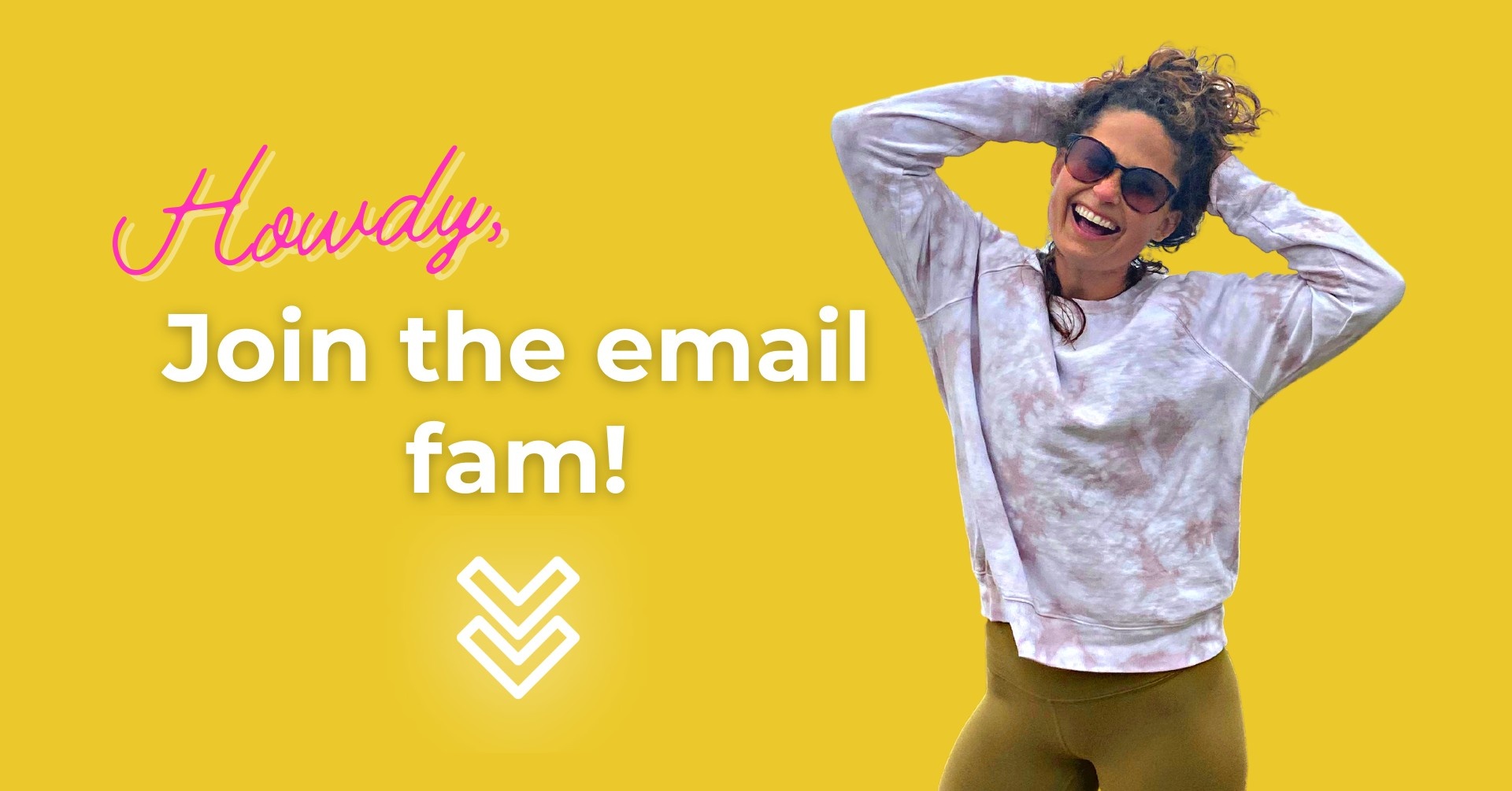 No spam ever! Trust me, I don't have time for that.